Despite Leftists opposing the idea of whiteness and ‘white privilege’, after Kim Kardashian used a filter which gave her a darker skin- tone, she found herself on the end of racism accusations.

But what logic could possibly explain such a delusional interpretation? In this case, it seems that Kim Kardashian’s white skin colour was substantive enough.

Given ‘racism’ acts as cover for the purveyors of this overused, exhausted word, let there be no doubt as to which side is truly the most racist.

It must be Monday because another Kardashian is profiting off black culture without actually owning up to it.

Following the announcement of her new beauty line last week, Kim Kardashian faced blackface accusations after releasing a promotional photo of herself with a much darker skin tone. The original tweet was deleted but then shared again later. The picture, however, remains Kardashian’s profile image on Twitter.

Many were quick to drag the reality star for purposefully darkening her skin to sell makeup products, while others blamed lighting and Photoshop. 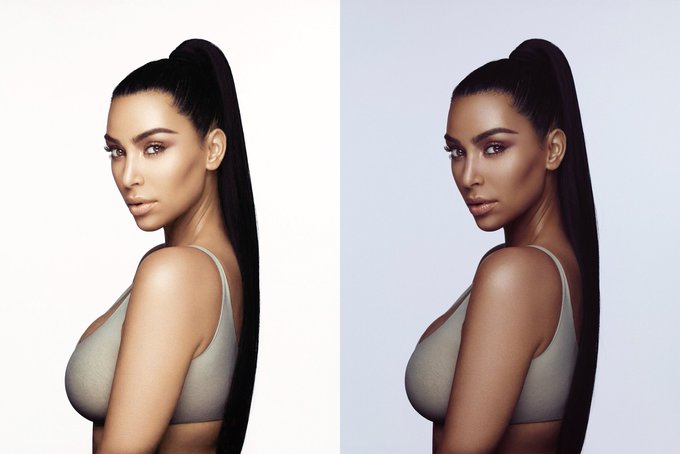 @KimKardashian You dont have to do blackface

Given the sheer amount of cultural appropriation accusations leveled against the famous family and the looming release date of the beauty line, we expected Kardashian to remain silent on the issue.

But in an interview with The New York Times published Monday, the mogul addressed the controversy, explaining that no one on her team batted an eye at the image.

“I would obviously never want to offend anyone. I used an amazing photographer and a team of people. I was really tan when we shot the images, and it might be that the contrast was off,” Kardashian said. “But I showed the image to many people, to many in the business. No one brought that to our attention. No one mentioned it.”

“Of course, I have the utmost respect for why people might feel the way they did. But we made the necessary changes to that photo and the rest of the photos. We saw the problem, and we adapted and changed right away. Definitely I have learned from it.”

Now, it’s time to have a long talk with Kylie …

One thought on “Kim Kardashian On Blackface Controversy: ‘I Was Really Tan’”