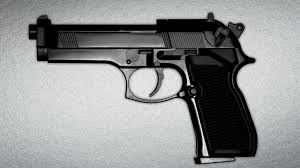 As many of you readers may know, here in Australia, we have uncompromising laws on guns. These laws were developed in the aftermath of the Port Arthur tragedy of 1996, in which an irrational and mentally unwell individual went on a violent rampage, killing 35 people. Ever since that day, Australia has not meaningfully questioned its policy on guns, with bipartisan support for strict measures regarding the use and availability of these weapons. Historically, I have supported the implementation of these harsh firearm ownership restriction.

However, recent events have challenged my views on guns. The terror attack that recently occurred in Paris during the concert, left 89 people dead, with the victims unable to defend themselves against the Islamist barbarians. France, like Australia, has very strict gun laws, with its citizens being unable to bear arms for the purpose of self- defence. In the aftermath of such a vicious attack, all aspects of the French legislature and its enforcement bodies should be heavily scrutinized.

Perhaps if these French citizens were armed, this attack could have been prevented? But we will never know.

Upon reflection, what I do find particularly distressing about the Paris attacks, is the fact that the good nature, and peaceful character of France and its citizens, was taken advantage of by these Islamic savages. It is morally reprehensible that these people had no capacity to defend themselves, or at least attempt this. Instead, they were as helpless as sitting ducks, providing the Muslim terrorists with targets aplenty.

I am far from being a person who wishes to see every single citizen armed, with limited background checks allowing mentally unwell people to easily access weapons (as occurs in some areas of the United States). But given Paris, I think that it may be plausible to suggest that allowing good and law- abiding French citizens, and other people around the world, to have more access to guns, may have a positive impact in preventing Islamist massacres. This issue is contentious, as massacres and circumstances often differ. However, in light of recent events, all options and ideas must be up for discussion.

4 thoughts on “An evolved perspective on guns”